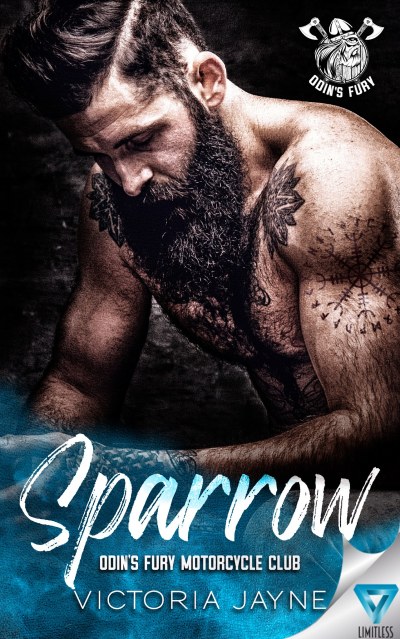 Title: Sparrow
Series: Odin’s Fury Motorcycle Club #2
Author: Victoria Jayne
Publisher: Limitless Publishing
Genre: Adult Dark Contemporary Romance
Release Date: September 14, 2021
BLURB
Regrets. She has a few.
Nothing went how Sparrow Malone planned. Her boyfriend didn’t get clean. She didn’t take the entrance exam, and the motorcycle club her father had been a part of is crumbling. To add insult to injury, Jacob didn’t stay in Montana.
Screw him over once, shame on her. Do it twice, shame on him. Jacob gave up on Sparrow when he left without her two years ago. But Odin’s Fury Motorcycle Club still had business in Ohio. Which meant he did too.
The first time, it wasn’t their fault. Their second chance didn’t end well. While both swore never to repeat past mistakes, they can’t help themselves.
ADD TO GOODREADS 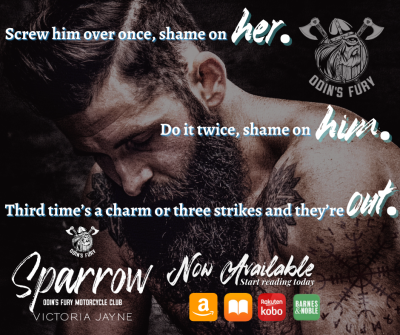 EXCERPT
A fling, a moment of weakness, a fond memory, those were the things Jacob Karolsson was supposed to be. He was supposed to stay in her goddamn fantasy and in fucking Montana.
Okay, one time. There was one time she’d allow him into Ohio. The rally. She’d concede that. He could come for the rally and she would avoid it like the plague. It shouldn’t be too hard. It was good to have a plan.
“You got any Jameson back there?” he asked once the crowd practically parted for him to walk to the bar. The whiteness of his teeth was a stark contrast to his dark beard as he put his elbows on the bar top, smiled, and leaned over it.
Frozen in place, Sparrow looked him over as though she wasn’t sure he was real. Enforcer. Blinking at him, she realized he’d gotten an officer position. When her gaze made it to his light blue eyes, she stuffed the lollipop in her mouth.
Jesus Christ those eyes.
Something jabbed her in the side, and the trance was broken. The hum of conversation over Aerosmith rushed to her ears, and she turned to see Kimber holding a bottle of Jameson, and peering at her questionably. Caught staring at him like a high school girl with a crush. Could she be any more pathetic?
Taking it, she offered a smile to Kimber first and then looked to Jacob. Still grinning, he seemed to have added a bit of smugness to it. Clearing her throat, she half-filled a lowball glass and placed it on a napkin for him.
Placing a twenty on the bar, he reached for his glass, allowing his digits to graze hers. Fire danced up her fingers, over her hand, and through her arm. She should have yanked her hand back. She should have looked away from him. She shouldn’t have turned into a puddle where she stood.
“Thank you,” he mouthed before pulling the glass away from her and bringing it to his lips.
Could someone sip whiskey sexily? Was it possible? It shouldn’t be. As much as she wanted to fan herself, she couldn’t. So, she did the next best thing. “You got this?” She may have asked Kimber the question, but she had no intention of staying for the answer.
“No! Wait, I…” Kimber’s voice trailed off as Sparrow made her way out the door of the bar. Dick move. She knew it, but if the woman knew what the hell it was about, she’d understand. Anyone who had any inkling of what had gone on between Sparrow and Jacob would understand why she’d just fled the bar.
The cool Ohio air chilled her heated skin as she walked along the side of the cinderblock building, heading for the back parking lot. She just needed to walk to her car and to drive away from all of it. It was too real.
Her car. Fuck. She didn’t have her car.
As the realization hit, she turned, and her back pressed against the bricks. Closing her eyes, her head hit the wall. She needed to figure out a way to handle these little pop-ups.
“I’m going to have to buy you a new shirt.” The deep timbre of his voice heated her just as much as the memory of his touch did.
“Why are you here?” she demanded without looking. The accusation in her tone wasn’t on purpose, but it was too late now. It’d been said.
The heat of his body close to hers tickled her skin. She might as well have been set on fire at the feel of his hands on her face. Before she could stop herself, she nuzzled into his palm. He made her lose her fucking head with the slightest of touches.
“Do you mean Ohio or the bar?” he whispered in her ear when he brushed his bearded cheek against hers. It looked coarse, but his facial hair was impossibly soft. The feel of it had her face tingling as much as his breath along her neck. 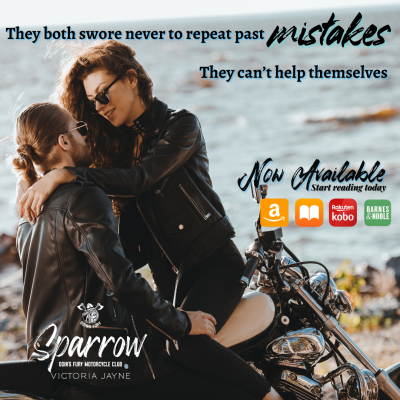 Victoria Jayne is a Jersey Girl through and through. She doesn’t pump gas, she eats pork roll, and grew up on the shore. She lives with her journalist husband and her two darling daughters.
When not writing, Victoria enjoys baking with her daughters, rooting for the New Jersey Devils, thinking of home improvement projects for her husband, daydreaming/planning vacations she’ll never take, and staying up far too late chatting on Discord.
The worlds of Suzanne Wright, JD Tyler, Dianne Duvall, Elisabeth Naughton, Madeline Sheehan, Tillie Cole, Kim Jones, JL Drake, and Joanne Wylde inspired Victoria. After binge reading them, she committed to writing and publishing her own books. She loves discovering new authors and the characters they create just as much as her own.
AUTHOR LINKS
WEBSITE
TIKTOK
FACEBOOK
INSTAGRAM
TWITTER
GOODREADS
BOOKBUB 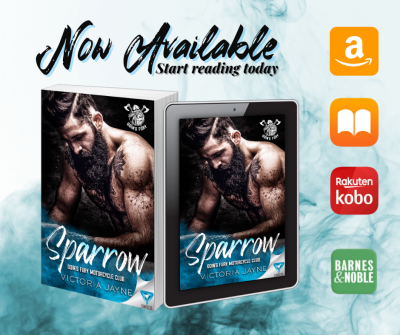