NASHVILLE DAYS
It’s the hottest summer on record …
Travis Tucker is the ultra-hot lead singer of a country-rock band whose four albums have all hit number one. Life as a superstar is good. The only problem is, he gets swarmed wherever he goes. So he decides to buy himself a secret country getaway to work on his next record and clear his head.
Ruby Hayes is on a mission. Nothing can stop her from fulfilling her dream of making it as a singer and songwriter. She’ll spend the summer writing songs on the grand piano in the abandoned farmhouse next door. Then she’s on her way to Nashville.
When Travis finds Ruby, singing like an angel at his piano, she ignites a wild obsession and an all-consuming lust that will make this summer the hottest on record.
But will Ruby’s ambition, a jealous best friend and the demands of Travis’s high-profile life come between them? Or is this a match made in country music heaven?
Nashville Days is a super-sexy standalone romance starring a hot alpha rock star and the sweet, sassy songbird who steals his heart.
ADD TO GOODREADS 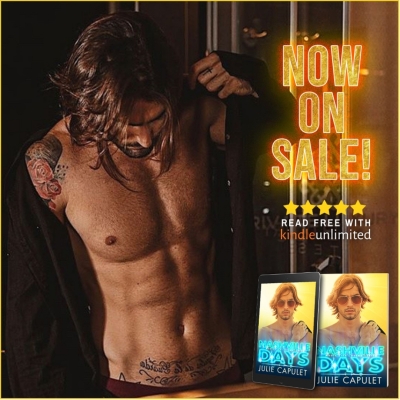 NASHVILLE NIGHTS
He’s crazy for her …
Vaughn Tucker is the hot playboy drummer of the Tucker Brothers band, whose four albums have all hit number one. Vaughn is drop-dead gorgeous … and completely out of control.
Gigi Hayes’s life is a million miles from packed stadiums and high-profile tour schedules. She’s a small-town girl who spends all her time working in the library and studying to become a qualified social worker. For … reasons.
When Vaughn meets Gigi, for the first time in his life, he’s the one who’s star-struck. But Gigi is saving herself for true love. And even though she’s drawn, against her will, to the beautiful, trouble-written-all-over-him superstar, she’s not deluded enough to believe he’s capable of such a thing.
Vaughn has already fallen hard. And Gigi’s refusals only make him crazier. She’s an angel and he may as well be the devil himself. But when heaven meets hell, all bets are off …
Nashville Nights is a sexy standalone rockstar romance starring an out-of-control alpha musician and the one woman who’s everything he never knew he needed.
ADD TO GOODREADS 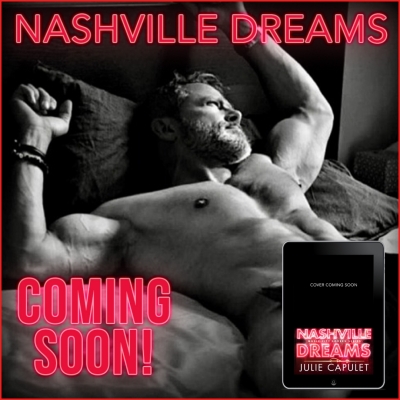