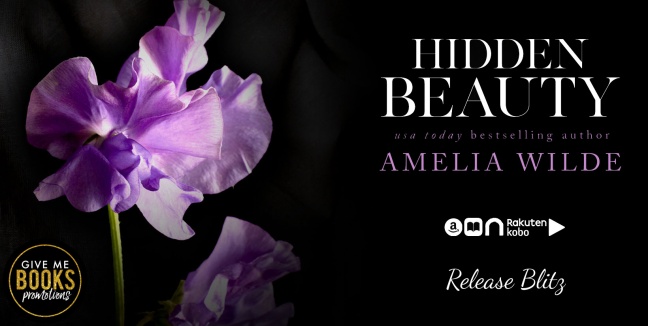 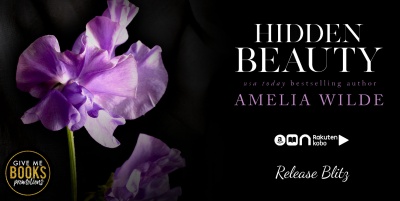 Title: Hidden Beauty
Series: Beauty and the Beast Trilogy #2
Author: Amelia Wilde
Publisher: Dangerous Press
Genre: Contemporary Romance
Release Date: May 11, 2021
BLURB
Haley Constantine traded her life for her father’s safety. Now she’s trapped in a castle with the Beast of Bishop’s Landing.
Her own family wants her dead.
The only man who can save her is the one she can’t trust.
Dangerous. Tortured. Furious. Leo Morelli wears a mask of cruelty to cover up a lifetime’s worth of scars. He’s been injured, but that only makes him fight harder. The only thing he cares about more than revenge is the woman he’s come to love.
HIDDEN BEAUTY is the second book in the Beauty and the Beast trilogy from USA Today bestselling author Amelia Wilde.
ADD TO GOODREADS

EXCERPT
“What do you think you’re doing?”
I swallow against a dry mouth. “Leo, I should go.”
“The fuck you should. What are you talking about?”
“I know it seems bad.” My words tumble out on top of one another, and once again, I’m the girl with her back against the wall, facing off with the Beast of Bishop’s Landing. Only now I know he can be hurt. He can be wounded. “It is bad. But I have to talk to Aunt Caroline. I have to try and make her see reason.”
Leo stares at me like I’m a stranger. Like he’s never seen me before. Like I didn’t hold him in my arms and beg for him to live. “There’s no talking to that bitch.”
Tears well up in my eyes. Damn it. I wasn’t going to cry, but it’s all so close to the surface. “I know it was Caroline who hurt you. She’s the one who made those scars on your back.” I gulp down a sob and stifle it. Suffocate it. I’m not doing that. I won’t. “You told me yourself that you almost died. And now she tried to kill you again.”
The horror in Leo’s eyes transforms. It sharpens until it could cut me and bursts into flame. He stalks toward me and the hairs on the back of my neck rise. My body stills. There are three options in the face of a deadly predator. Flee. Fight. Freeze. I couldn’t run for the door if I wanted to. I don’t know how I ever did it before.
Leo stops with inches to spare. I’m not afraid of him, I’m not, but I’m trembling under my pink coat. Okay. I am afraid. But not of him. Not only of him. Of the way I feel right now, shaky and lightheaded and on the verge of tears from a love that feels completely out of control.
He waits, and I stand there like a fool, staring at the front of his shirt. There is a bandage underneath. A bullet wound. From putting his own body between me and a gun. A tear slips down my cheek and falls to the carpet. I’m too hot in the coat, too hot standing this close to him. Now that there’s a closed door between us and the rest of the world, I’m torn between bravery and the urge to fall apart and let him catch me.
My own fallen angel takes my chin in his hand and tips my face up, his grip hard and possessive. “Look at me.”
“I am looking at you.”
But I’m not. My eyes are still caught on his shirt—on the fabric concealing where he was shot. Leo gives my chin a terse shake. “Okay,” I whisper, meeting his eyes. Gold-streaked darkness waits for me, clear as the night sky. His gaze is sharp as a shot. Pain glimmers there, hidden behind the fiery beauty of those eyes. It’s not concealed behind a haze of painkillers. My pulse races at the contact. The heat of his fingers on my face is second only to the burn where his eyes meet mine.
“You,” he says, his tone deliberate, “are not going anywhere.”

AUTHOR BIO
Amelia Wilde wrote her first story when she was six years old, a narrative strongly inspired by The Polar Express. When she was nine she wrote her first novel-length work, all in one paragraph.
Now, Amelia is all about that love. Her romances feature unique, independent heroines and alpha heroes who are strong of heart and body. Readers have described her work as “emotional,” “intense,” “phenomenal,” and “like a child scribbled with a crayon,” which she takes as the highest praise.
AUTHOR LINKS
FACEBOOK
FACEBOOK GROUP
INSTAGRAM
AMAZON
TWITTER
GOODREADS
BOOKBUB
WEBSITE