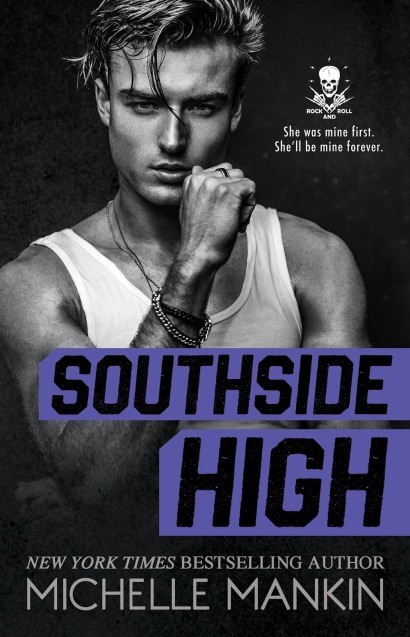 Title: Southside High
A Full-Length Tempest Rock Star
Romance Series Prequel
Author: Michelle Mankin
Genre: New Adult Rock Star Romance:
An enemies-to-lovers romance
with maximum bad boy rocker angst
Release Date: August 27, 2020
Blurb
My best friend and I
want the same girl. But Lace Lowell is mine. She was mine first. She’ll be mine forever. Sure, she was his friend when they were kids, long before I ever met
her. But that’s in the past. This is now. I’m Warren Jinkins. War. My name is my battle cry. I take
what I want. I don’t ask, and I want her.


I’m in love with two men. Bryan Jackson is the guitarist in our band, and War
is the lead singer. They’re sexy bad boys, the most dangerous guys in our school. All the girls at
Southside High want them. But loving two guys is a problem—especially when those two guys also love
each other.
ADD TO GOODREADS 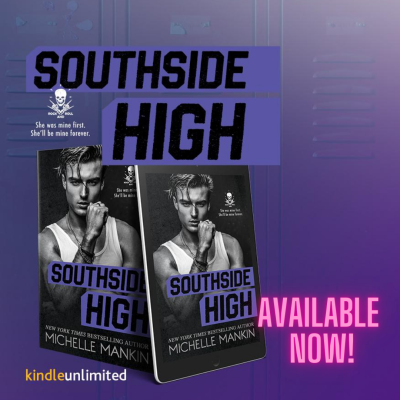 Michelle Mankin is the New York Times bestselling author of
the Black Cat Records series of novels.
Fall in
love with a rock star.
Love
Evolution, Love Revolution, and Love Resolution are a BRUTAL STRENGTH centered trilogy, combining
the plot underpinnings of Shakespeare with the drama, excitement, and
indisputable sexiness of the rock ‘n roll industry.
Things take
a bit of an edgier, once upon a time turn with the TEMPEST series. These pierced, tatted, and
troubled Seattle rockers are young and on the cusp of making it big, but with
serious obstacles to overcome that may prevent them from ever getting there.
Rock stars,
myths, and legends collide with paranormal romance in a totally mesmerizing way
in the MAGIC series.
Get swept
away by temptation in the ROCK STARS, SURF AND
SECOND CHANCES
series.
Romance and
self-discovery, the FINDING ME series is a Tempest spin off with a
more experienced but familiar cast of characters.
The ROCK F*CK CLUB series is a girl-power fueled
reality show with the girls ranking the rock stars.
The ONCE UPON A ROCK STAR series is sexy modern-day fairytale
retellings.
When
Michelle is not prowling the streets of her Texas town listening to her rock or
NOLA funk music much too loud, she is putting her daydreams down on paper or
traveling the world with her family and friends, sometimes for real, and
sometimes just for pretend.
ALSO AVAILABLE BY MICHELLE MANKIN